Skip to content
This Monster Monday is about our very own human race, one of the past civilizations praised by the Western world for being warriors – The Spartans.  The craziest thing the Ancient Spartans Did, aside from discarding unwanted children – They Enslaved An Entire Population!

They Enslaved An Entire Population The Spartans are almost solely known for their magnificent militant strength. Perhaps one of their most amazing conquests was enslaving the entire populus of the Helots, a group of people who resided in the Messenia area of Greece. The Spartans used the Helots as agricultural servants, getting most of their food from their fields. They would take the produce by force, allowing the Helots just enough to survive on. Over time, the Spartans became afraid that the Helots would overthrow them so they began to wage wars almost annually to keep them weak and fearful. A sort of military police, called the Krypteia, also took shape.
The Krypteia was comprised of young, decorated soldiers who would hunt and kill the strongest Helots regularly to prevent any sort of uprising or strengthening. This is often regarded as one of the darkest military movements in Spartan history due to the terrible acts of the Krypteia and overall abhorrent treatment of the Helots in general. Spartan Infants Were Inspected and Discarded Being a child in Sparta was rough. Literally from the moment a baby was born it was scrutinized and held to an incredibly high standard of perfection. Newborns with deformities or undesirable traits were often left on the mountainside to perish or be adopted by neighboring families. According to Herodotus, many babies were even thrown from the mountain’s cliffs. Once deemed suitable, children received little attention, often going completely ignored in an attempt to discourage crying. 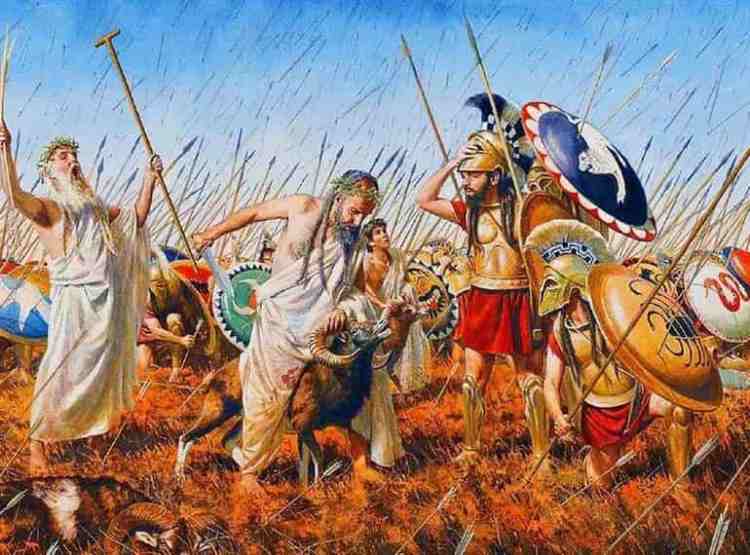 When a male child turned five, they began learning to fight. He was removed from his home to live in military barracks with other boys where he learned to fight and use weaponry. The boys were taught to read and write and encouraged to participate in sports and learn traditional Spartan war songs during their free time. At the age of ten they were given tests to place them as soldiers; by twelve, they began learning to survive in the wilderness and participated in military drills. Spartan males were trained from their birth to be warriors with no room for failure so it comes as no surprise that their tough treatment carries on into puberty. They were often made to feel like drones, starved and encouraged to steal food, only being punished if caught.
Female Spartans were recruited to mock and ridicule the starving warriors to toughen their skin. Though horrific to his, this treatment was envied by many neighboring groups, resulting in Spartan nannies often being hired for children outside of the culture. Punishment for Cowardice Spartans viewed cowardice as one of the absolute worst traits a person could possess. Due to this, the punishments for being a coward were extremely severe.

Cowardly Spartans became social pariahs, with most being too ashamed to even share a meal with them. They also were left out of sporting events and had to give right of way to any other person passing them on the street and turn over their seats at events to younger men. Women refused to marry cowards and if the punished refused to obey the expectations of his assigned social status, he was beaten and abused until he submitted or proved himself to be brave. Some even were forced to dress foolishly, in clothes of stained cloth with half shaven beards to promote embarrassment. Spartan cowards could redeem themselves in many ways, the most common being perishing in battle while exhibiting courage and defending others. Almost all cowards were forgiven posthumously.

We aim to have quality conversations about “L”iterature within the genres of Horror, Sci-Fi and Fantasy. We feel that mainstream tends to neglect these genres as having real value in our communities. Reading and analyzing how we study fear and how writers use fear is important to find the monsters, the enemy, the feeling of isolation within our communities. View more posts